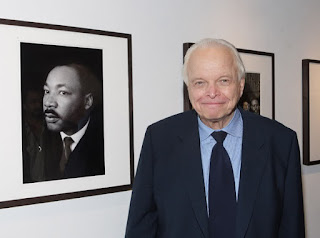 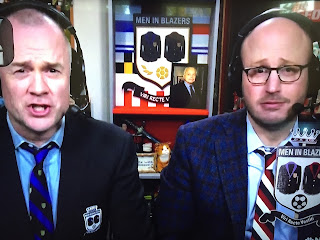 Who placed a photo of Bob Adelman on NBCSN's Men in Blazers show?

Bob was my next door neighbor since he moved to Miami Beach from New York. He wrote the most thoughtful inscriptions on his books that he gave to Joy and me. He idolized Joy. He was always considerate and talkative. Getting out of my car after work he would be on his bicycle and stop and engage me in a wide ranging conversation that would never end. I miss these conversations.

We took our grand kids to the opening of "The Movement" exhibition at the NSU Art Museum in Ft Lauderdale and they were blown away by his photos. They had been studying the Civil Rights Movement at school and were thrilled when Bob took time to talk to them. They poured over every one of his photos.

He encouraged me to keep writing - in fact he insisted I start writing my first book The Way of the Bodyguard and was thrilled when it came out.

I had been playing phone tag with him the last two weeks as I wanted to give him a copy of my new novel The Jaded Kiwi. Our book shelves are full of the books he published.

We held vigil for him last Saturday when we found out he had died in his house, across the street.

So there is one mystery unsolved. Who placed a photo of him at the back of the Men in Blazers set that was shown on NBCSN last Monday?

For those who do not follow English soccer, Men in Blazers in the funniest most erudite and entertaining sports commentary show on TV. 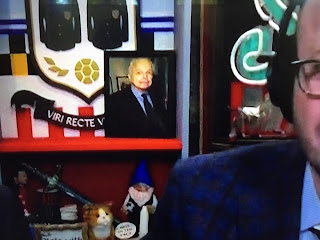 When I recently asked Bob about this photo he said he walked backwards all the way to Selma. 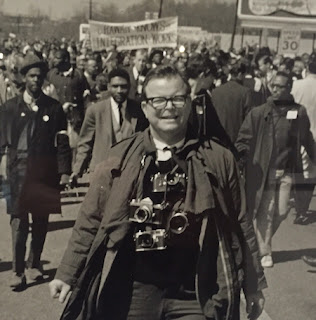 Bob, we miss you and pay homage to you, your determination, guts and great eye for some of the most compelling images ever captured.